When we create our pizza from sauce, cheese and crust; layers of flavor are emerged as are evoked from the hands of a magician.

Flavors slowly come into focus as the palate, with its five flavor zones, aided by the chewing process and the release of salvic enzymes encounters it first in the sweet zone, eliciting an "ahh, this is nice.." reaction. Then the salty zone kicks in, an "ohhh" followed by another level of either spiciness or sourness along the sides of the tongue, calling forth a "hmmm, whoaa.." finally, just at the swallowing point, the mouth floods in the umami, or the rich zone in the back central region with a nutlike flavor that perfumes its way into the sinuses, where it lingers for as long as fifteen to thirty minutes, recreating with every inhalation on the inimitable finish of a proper world class pizza,---the inevitable "yesss" (accompanied by appropriate arm pumping, in rare instances)

The flavor joy is in addition to the various auditory pleasures of the sound of crust, crackling and crumbling under the pressure of the chew and the visual satisfaction caused by both the rich dusty reddish gold caramelization of crust and the blooming of the pizza in its glory with a wink on a smile

It's time for CATERING! 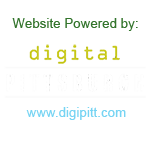